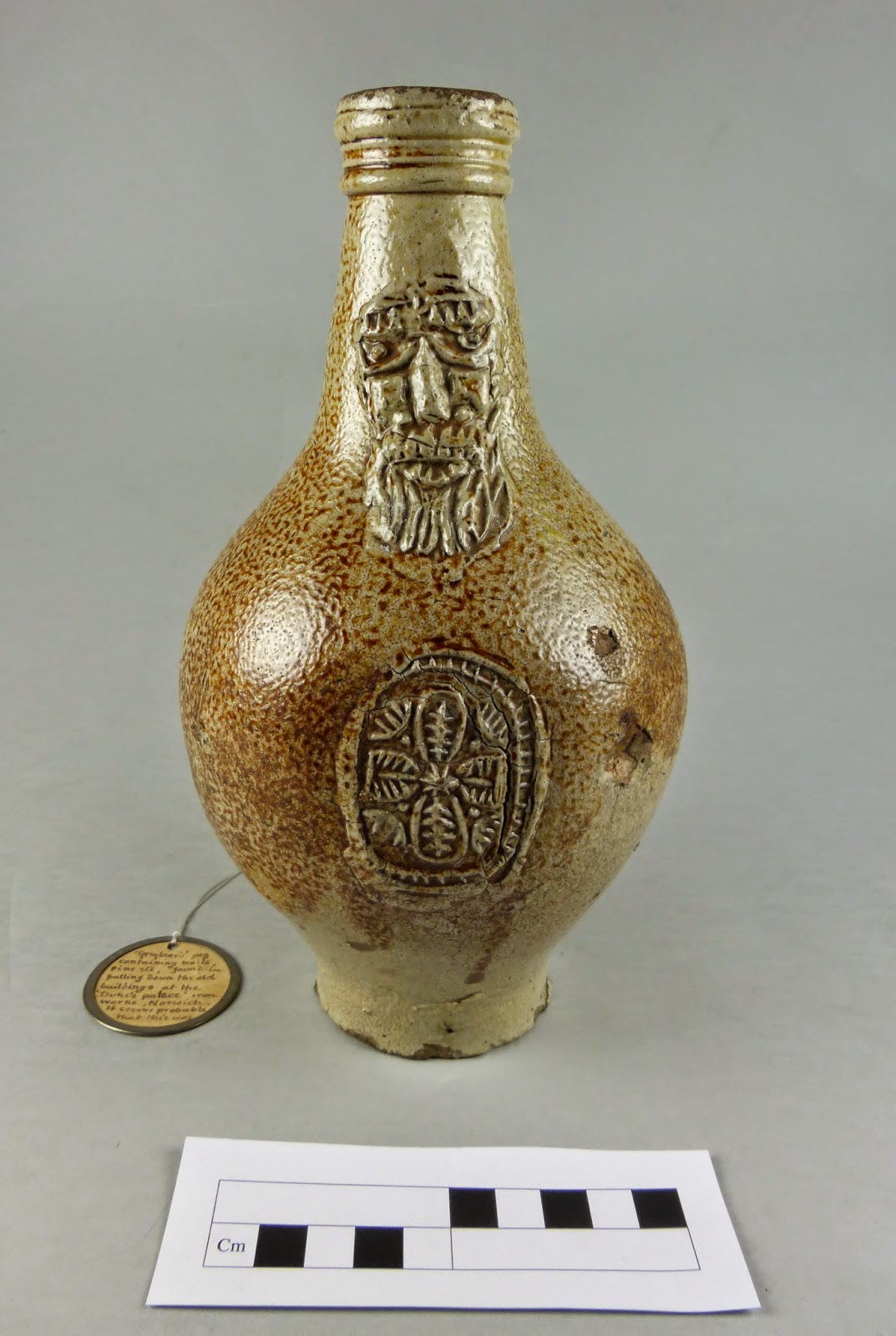 In the Pitt Rivers Museum we have seven Bellarmine bottles.  The bottles are also known as Bartmann jugs or ‘greybeards’.

The vessels were originally used to transport wine from Northern Germany to England in the 16th and 17th century.  The name Bartmann means ‘man with a beard’ in German.  This type of vessel was made at a pottery in Frechen near Cologne.

The vessels are stoneware and salt glazed.  The bearded face is a mould added to the neck of the vessel.  Later 17th-century vessels also had moulded medallions on the body of jug. 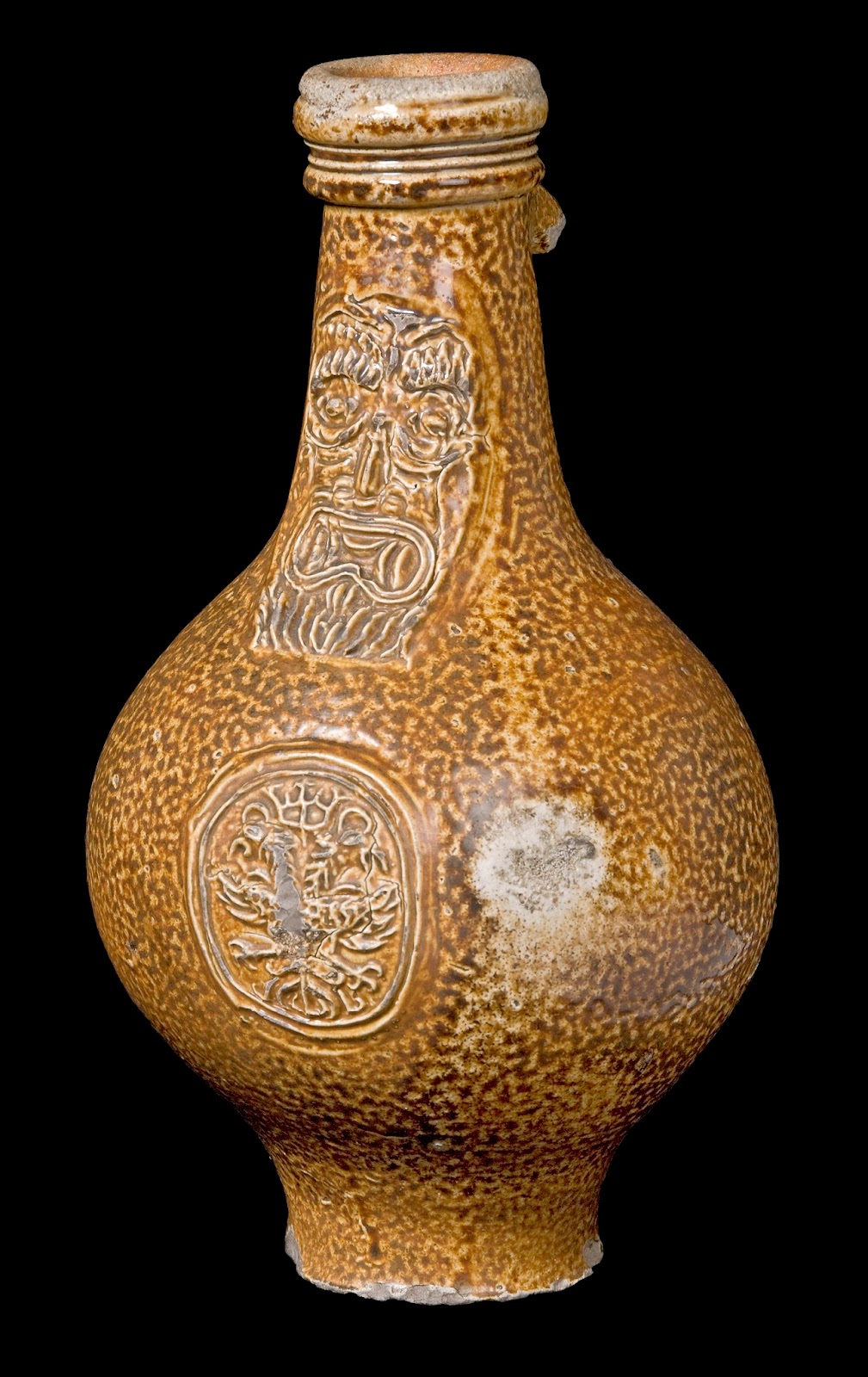 The bottles contain nails, pins and hair.  One bottle contains a cloth heart.

Left: PRM accession number 1910.18.1 with its contents pictured below. 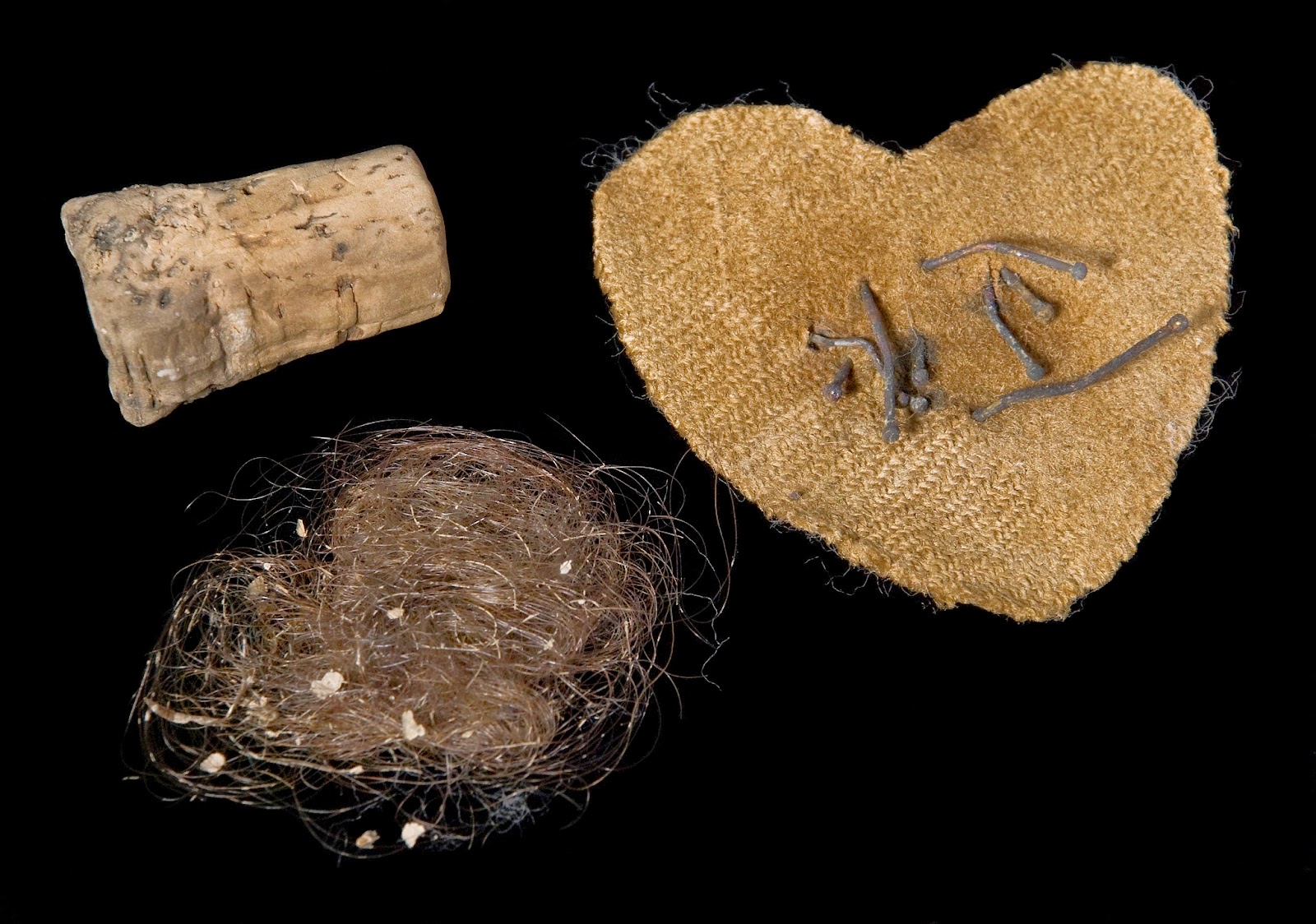 Witch bottles are said to offer protection and counteract spells cast by witches. The Museum of Soho has a bellarmine bottle that was found concealed in a wall.

The Collections and Conservation Teams carry out a diverse range of activities to ensure that the objects in the Pitt Rivers Museum collections are cared for and available for study and research. Most of our work takes place behind the scenes; follow this blog to gain an insight into what we do.

Related resources: Search the online objects database or arrange a research visit to study the collection.